Burger King launched their 2018 holiday campaign aimed at “trolling” McDonald’s, called the Whopper Detour. The idea is that a customer downloads the Burger King app, drives to McDonald’s, opens the app, the customer then receives a coupon for a 1 cent Whopper, and then has to drive back to a Burger King to redeem it. The campaign runs through Dec 12th and while Burger King is getting a lot of earned media, is it the right tactic?

During consumers’ busiest time of the year, Burger King is intentionally leaning into friction in hopes of converting a few Big Mac lovers. Eric Hultgren takes on the Whopper Detour and finds that they might not be playing the right game – while Burger King was a competitor of McDonald’s a decade ago, that is no longer true.

Cannabis: An Industry of Growth

With a projected revenue of $30 billion by 2025, it’s paramount the advertising industry keeps pace with the growth in the Cannabis category.

Michigan has to offer and features the adventures of two well-known Michigan Journalists, John Gonzales and Amy Sherman. This content stream, found on Mlive.com/michigansbest, on…

Mentoring Monday offers a mutually beneficial experience for both mentors and mentees. Mentors gain new perspectives while mentees receive professional development. None of us got… 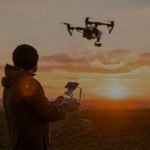 Social Media is a LanguageUncategorized