Have you ever felt duped by your campaign’s location data? You’ve probably spent hours crafting strategy and working through rounds of revisions to build a campaign with the perfect trifecta: message, creative, and targeting that will reach and engage your desired audience.

Then, a week or so into the campaign, you decided to dive into Google Analytics to see just how well your campaign is performing, planning to bask in the glory of your efforts, only to find this:

Seeing these strange locations, you may have felt a little excited, thinking it’s a burgeoning audience in some fancy town in Virginia.  Or you may have been quite upset, afraid your hard-earned marketing budget is being squandered on users in Texas or Florida, who will never set foot in your business.

The truth, however, is much more mundane and is related to Google Analytics’ Geo Location data quality. Let’s take a closer look at Google’s Geo Location data, to better understand what these locations really mean.

Where Does Google Get Its Geo Location Data?

According to Google Support, “Analytics provides a number of geographical dimensions, such as City, Country, Continent, etc. The values for these dimensions are automatically derived from the IP address of the hit, which is convenient but also has a few drawbacks.” (1)

To populate Geo Location reports, Google collects the numeric IP address associated with the device that visits a website and converts it into the Geo Location dimensions we recognize. To do the conversion, Google cross-references the IP address with 3rd party databases containing physical locations of known IPs. If Google finds a physical location associated with the IP, that location is what gets recorded in the Google Analytics Geo Location data. That may sound straight forward enough and, as Google calls it, “convenient”, but here is also where things get tricky, and fraught with “drawbacks”.

First of all, IP addresses are not always static, they can change for a given device, and they can also get reassigned to other devices. Machines themselves can also move to other physical locations (especially phones, laptops). The “moving target” nature of IP data makes the information in those 3rd party databases potentially unreliable.

Additionally, the way some 3rd parties handle the data can negatively affects Google’s Geo Location data integrity. For example, if the physical Country of a machine/IP is known (such as USA), but further detail about the specific Region or City of the machine is not available, some databases will default the Region and City dimensions to a central point within that Country (in the US, that point is Coffeyville, Kansas). That’s right, your Coffeyville visitors are not some hip crowd, they’re just a big group of random users from unknown places around the US.

Further degrading the quality of Google’s IP-based Geo Location data, is the increasing use of data privacy measures, such as Virtual Private Networks (VPN), which intentionally add a layer of obscurity. As users have become more aware and concerned with data privacy, many have started concealing their IP address, opting for VPNs and browser tools which block this information.

Users of VPN and browser tools assume the IP of the VPN or other server. These servers are housed in data centers located all over the world. Some of the highest volume data centers are located in: Los Angeles, CA; Dallas, TX; Chicago, IL; Ashburn, VA; Santa Clara, CA; Miami, FL; Seattle, WA; Houston, TX; Washington, DC; New York, NY. Similar situations also occur between mobile devices and mobile data servers, many of which are in Nashville, TN. As a result, when Google cross-references the IP, the traffic gets attributed to those server cities, and not the user’s actual location.

Google readily provides Geo Location information within Google Analytics reporting, but they also openly admit that the quality of their geographical dimension data leaves much to be desired in terms of accuracy. While the data may be portrayed in reports as users’ physical locations, it is really nothing more than a reference to a virtual place where a digital connection once occurred. If you are not specifically targeting a city, yet it stands out within your data, consider it an anomaly and acknowledge the possibility that it is not correct.

In other words, take Google’s Geo Locations reporting with a grain of salt— the locations displaying in Google Analytics are not always what they appear to be.

For help with location-related and other analytics questions, the Advance Local Performance Analytics Team is always eager to dive in and find the answers hiding in your data.

What is a Facebook Pixel and Why Do You Need One?

You’ve heard of Facebook pixels, and you may have read they’re important, but are they really necessary for your campaign?

Content marketing is not creating a one-off advertorial promoting your latest sale. That’s great if customers buy your product or service after engaging a piece…

While tactics and tools can be interchangeable between the modes, the one thing that is and always will be a constant is understanding your audience… 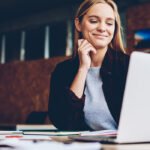 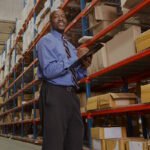