2020 was a year of unexpected interruption and adaptation on all fronts. And while pale in comparison to the other challenges the world faced this past year, the marketing and web analytics industry was not without its own share of twists and turns to maneuver. One such unexpected interruption came in the form of Google’s sudden announcement of GA4 in October 2020 which left many people scrambling to figure out what to do next.

GA4 is short for “Google Analytics 4”, the latest property type and measurement model within the world’s most popular web and app traffic analysis tool, Google Analytics. We’ll dive into the details of this latest offering from Google Analytics in upcoming posts, but first, a bit of history to help provide some context leading up to the launch of GA4 and the trajectory of web and app analytics moving forward.

How did we get here? The history of Google Analytics

By mid-November of that year, Google had re-launched Urchin On-Demand using the same underlying urchin.js code library as “Google Analytics”. The major difference is that instead of continuing to charge customers the normal price of $500 or more per month, Google decided to provide the service free of charge, thereby creating the first free large-scale web analytics tool. Within one week of launching, they’d already received over 100,000 new account activations and were forced to suspend new sign-ups for almost a year while they worked on expanding the processing infrastructure enough to support the global demand.

GA4 allows for better user journey mapping and engagement insights, cross-platform rollup, and enhanced visualization, while future-proofing data collection in a world that is increasingly concerned with privacy.

In 2007, Google released their own updated version of the tracking code (along with a platform UI overhaul) using the ga.js library often referred to as “Classic Google Analytics”. Over the next five years, this version of Google Analytics would continue to receive regular updates and improvements, many of which have become central components of the Google Analytics we know today (asynchronous tracking, advance segments, multi-channel funnel reports, custom event tracking, real-time reporting, etc.).

Google introduced the analytics.js library known as “Universal Analytics” in 2013. This release brought a host of improvements to the functionality and accuracy of Google Analytics (user ID tracking, custom dimensions/metrics, offline data imports, etc.) while allowing users to maintain all of the historical data they had collected over time from existing Google Analytics implementations.

In 2017, Google introduced the “Global Site Tag” (gtag.js) which was designed to simplify and condense tracking for multiple Google products (Google Analytics, Google Ads, Campaign Manager, etc.) into a single JavaScript tag in a website’s code. This new tag type wasn’t a new analytics library (it still utilized Universal Analytics behind the scenes) so much as it was a new way to implement Google Analytics tracking. It functions very similar to the way that Google Tag Manager does on a website but works only with tags for supported Google products. Because most websites require additional tracking beyond just Google products, our recommendation has always been to utilize Google Tag Manager to implement tracking tags (including Google Analytics) whenever possible.

Up until this point, the evolution of Google Analytics from Urchin to Classic Analytics to Universal Analytics allowed for maintaining all of your historic website traffic and engagement data in the same GA property while moving forward with the latest updates and feature enhancements coming from Google’s developers. This all changed at the end of July 2019 however, when Google released a beta version of an entirely new property type called “App + Web” with a completely different measurement model based primarily on the existing Firebase Analytics platform.

As is the case with any new property set up in Google Analytics, data for a new App + Web property can only be collected moving forward from the point in time when the property is created and tracking implemented. As the name suggests, this new property type was created to better measure user traffic and engagement across both web and app (iOS and Android) environments in a unified way.

Google Analytics App + Web was an exciting development but being a beta product with a different measurement model and reporting user interface, combined with the fact that the vast majority of existing Google Analytics customers don’t have both web and app environments to measure across (not to mention the downside of not having historical data in the new property) lead most people to treat the new property type as something that they’d get around to eventually but not something that they’d put much effort into at that point. Add to that the unfolding of 2020’s events and the hype of the App + Web property went largely by the wayside.

After being in the web analytics game for almost 15 years, Google Analytics is estimated to be installed on at least 30 million websites around the world and is by far the most widely used web analytics platform in history.

If it’s not broken, why fix it?

By most accounts, Universal Analytics and the customization that it allows has been working well for most website analysis needs; however, Google has its eye on the future by providing a more integrated experience. With an updated user-interface and machine learning algorithms to help power analysis, GA4 allows for better user journey mapping and engagement insights, cross-platform rollup, and enhanced visualization, while future-proofing data collection in a world that is increasingly concerned with privacy.

Is there a need to implement GA4 right now?

A hard stop and quick change away from Universal Analytics isn’t advisable. A methodical and intentional rollout of GA will set you up for success and avoid gaps in data and insights as to the new property type and measurement model becomes the standard. Future posts will delve deeper into the specifics of GA4.

Audience targeting is a powerful part of your digital marketing strategy that allows you to reach the right people with the right message. When deployed…

Design Your Campaign for Mobile

Using traditional search, we’ll find those looking for services “right now.” But optimizing the campaign to include the use of Performance Max, we can target…

© 2023 Advance Local Media LLC. All rights reserved (About Us).
The material on this site may not be reproduced, distributed, transmitted, cached or otherwise used, except with the prior written permission of Advance Local. 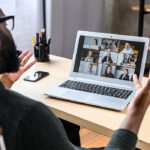 Tips For Presenting in a Virtual EnvironmentBlog