Most of the attention paid to advertising expenditures through election season focuses on direct campaign spend. While the average dollars spent per cycle has dramatically increased over recent election cycles, most do not realize that issues advertising, PAC advertising, and “friends of” ads account for even larger average spends (often from out-of-state sources).

According to Ad Exchanger, most news media spend increases were programmatic revenue, with one source quoting a 40% increase in revenue YoY based on booked revenue through Q4.

Local TV is seeing less and less political spend, and maintaining revenues difficult. Revenue rates are starting to be viewed as “outsized” in proportion to audience and reach available in the channel.

Most direct campaign cash has historically focused their effort on broadcast television and radio, along with a slice for local print. It seems to be that more sophisticated campaigns have learned from and follow advocacy patterns in direct digital buys as more precise options for well-guarded campaign funds. With the ability to target audiences more specifically, digital emerges as the answer while Local TV has limited audience cross-section targeting capabilities.

Making the Case for Digital

Inventory demands in digital don’t exist the same way they do for broadcast and outdoor advertising. Consumers (particularly of voting age) spend hours on devices each day, and the impression availability follows the number of users and their internet travels.

“The inventory concerns that exist in digital media simply do not exist to the degree that they do in traditional media, where placements can be maxed at the ceiling of availability.”

Television ads are losing local audiences while the cost of TV spots remains the same. Political advertisers are reaching less and paying more for ads. TV is expensive, and online video has better defined audience targeting capabilities at a much smaller price tag.

It may sound like a simple premise…voters are online, so get your message to them online whether it be through display or video by direct placement or streaming.

Know who’s on your list. We don’t mean who, as in individuals. But rather, who, categorically.

With the ability to target audiences more specifically, digital emerges as the answer while Local TV has limited audience cross-section targeting capabilities. 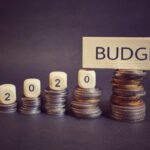 Budget Season: What you need to Be Thinking About in Q4Uncategorized 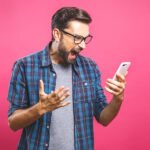 What Not To Do on InstagramUncategorized