Shabby Chic is a disturbing thing, if we pause to investigate its actual identity. A form of interior design, where furnishings or appointments are chosen for their signs of wear, or, more often, when new items are distressed to achieve the appearance of an antique. While connected intrinsically to its purpose and meaning of embracing items with a “memory,” I hate the idea that many intentionally take the beautiful and distress it to serve a whim.

Alternatively, the concept of up-cycling and repurposing resonates with me. Embracing a group of objects intended for a different purpose and finding for them a new life resurrects the old into new. Taking a tattered, worn device or object and helping it find its way into the present, particularly when it would have been cast aside or discarded, divine.

In my family room is a worn, 1920’s workbench. It had been used for its original purpose, and the saws and tools that tore through its surface can be heard in present day, if you try. It’s far older than any member of my family, and it’s memory is long. At one point, someone had the good sense to refinish it, wounds and all, into a glorious and new version of itself. (I wish I could take credit. I bought it from this genius.)

So goes design strategy, as it calls our attention to visual brand representations: ad units created to put a face to concept, brand, or topic. As an artist crafts a direction for a campaign or collection of deliverables, he must make decisions about color, story, images, and texture.  Thinking in layers, he or she determines how the viewer will feel from a piece of creative.  Deciding to embrace nostalgia is one such decision.

In a recent recruitment campaign, for instance, the effort called for a harsher context.  Casting too loose a net would mean unnecessarily interviewing candidates due to the sheer volume of respondents.  Instead of a traditional recruitment ad, the task called for a way to tighten the sieve.  Deliberately chosen were a series of black and white vintage style images.  These visuals featured topics that resonated, but were often unrelated to the work of the organization.  A knock-out punch, for instance, paired with a headline that challenged a job seeker to get back up in the face of adversity, did just the trick.  This decision, to embrace a vintage look, served a greater purpose than selecting present-day photographs.

When an auto dealer was faced with refreshing their physical space and replacing exterior signage, they had hundreds of choices in style.  Knowing that their tagline included “Service sold it since 1928,” however, it seemed a clear choice to embrace a look that would hearken to a different time.  This dealership harvested the look of art deco, something embraced by the populous during the business’s inception, and made a gorgeous, rotating sign for their establishment their calling card.

How often do we try to invent something new, and then “correct it” beyond appropriate editing? To its own detriment, the original becomes tattered, scarred: an unlikely iteration of its former self. This shabby chic version of the truth for whatever brand we seek to serve.

Why not resurrect former glory? Embrace nostalgia. Emulate the rich history, showing a more valuable present standing in the light cast by a glorious past?

Old can be new again, and, when done well, might be better than the original. Consider tipping your hat to vintage. It may well advise the future of the brands you market.

Audience targeting is a powerful part of your digital marketing strategy that allows you to reach the right people with the right message. When deployed…

Design Your Campaign for Mobile

Using traditional search, we’ll find those looking for services “right now.” But optimizing the campaign to include the use of Performance Max, we can target…

© 2023 Advance Local Media LLC. All rights reserved (About Us).
The material on this site may not be reproduced, distributed, transmitted, cached or otherwise used, except with the prior written permission of Advance Local. 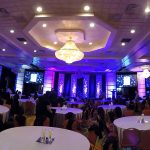 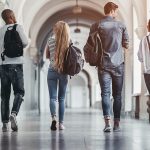